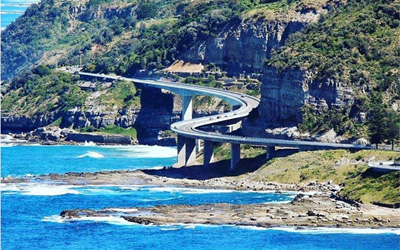 The Sea Cliff Bridge on the Grand Pacific Drive is the most beautiful coastal bridge attracting people from all over the world. It is located in the northern Illawarra region of New South Wales, Australia on Lawrence Hargrave Drive, a scenic coastal road and popular tourist drive. 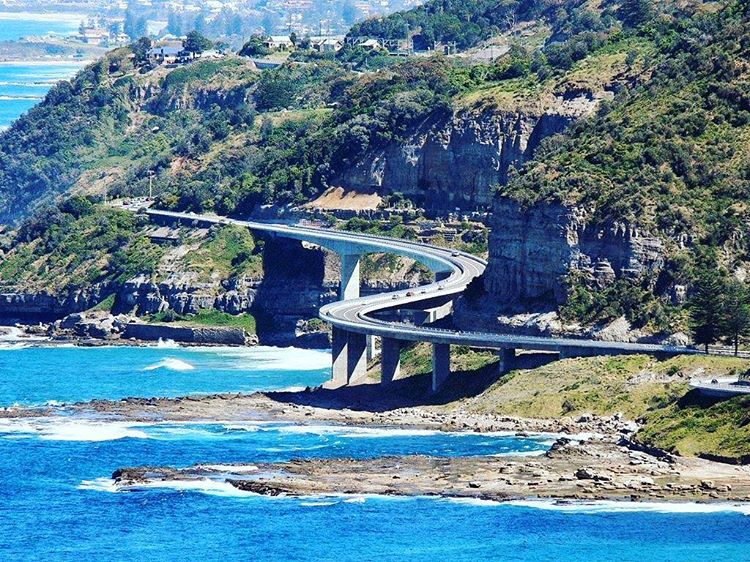 The Sea Cliff Bridge has been constructed from cantilevers that gives the bridge a very attractive design. It features two lanes of traffic, a cycleway and a walkway with stunning views of the ocean so wide you can see the curvature of the Earth.

The bridge was officially opened to the public at a ribbon cutting ceremony on the 11th Decemeber 2005 by New South Wales Premier Morris Iemma. It cost a total of $52 million to construct the bridge and has since become a significant tourist attraction. It seems the beauty here has also drawn thousands of lovers to this point, to commit to each other, by locking an engraved padlock on the bridges railings.

Has anyone who has done the Bridge Walk seen these padlocks? Have they been removed or are they still there?

The two coastal towns of Coalcliff and Clifton are connected by the Sea Cliff Bridge.

The best views of the Sea Cliff Bridge can be seen from Bald Hill lookout point. This is also known as a major hand gliding point.

Why the Sea Cliff Bridge was constructed 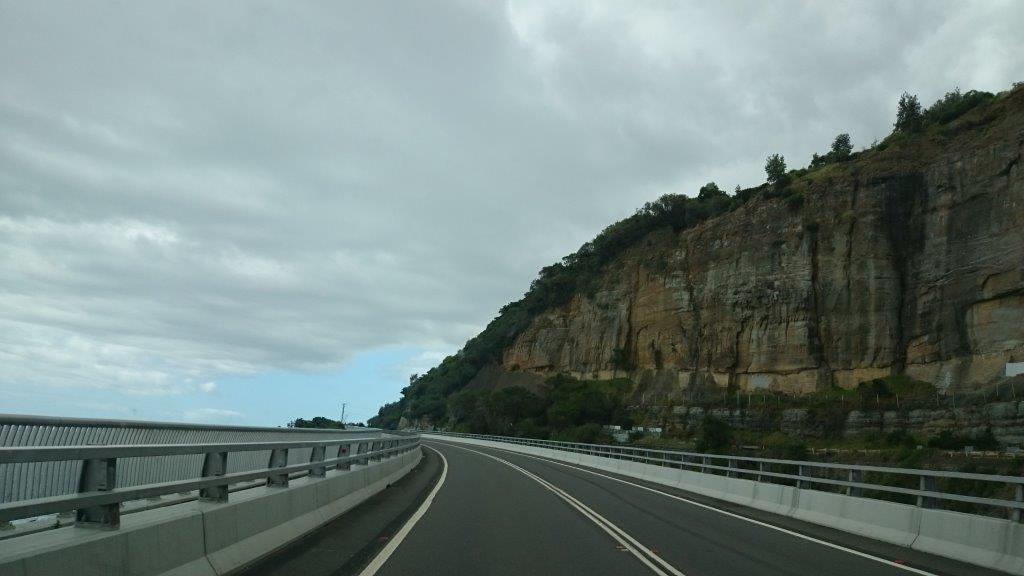 Due to the outcry amongst the public it was decided to build the Sea Cliff Bridge which would replace the closed off section on Lawrence Hargrave Drive.

Lawrence Hargrave Drive is 18.7 km long. The road starts at the Princes Highway, Helensburgh and passes through Stanwell Tops and right before Bald Hill lookout point (the site of a spectacular views and hang gliding point) It descends towards the Sea Cliff Bridge passing through Stanwell Park and Coalcliff.

The bridge construction was completed in December 2005 and officially opened on 11 December 2005, and has met with great public approval and has contributed to the significance of the areas tourism industry.

The Sea Cliff Bridge was named by an 11 year old school girl Makenzie Russell following a naming competition giving local primary school students an opportunity to give a name for the bridge.

Where can I park my car for the sea cliff bridge walk?

Park your vehicle at either the Northern or Southern end of the bridge. Walk the 2.4 kilometer round trip and soak up the awesome views! It is a very spiritual place. Invigorating to the MAX! Allow a good hour for the round trip walk. Toilets are located at the parking areas at each end of the Bridge. Those Seniors travelling to Sea Cliff Bridge should allow approximately 1.5 hours to complete the return Bridge walk.
Source: Retrieved from http://seacliffbridge.com/index.php/faq

For more information you can visit the Website: https://SeacliffBridge.com

How to get here

Why you MUST visit Fagan Park in Sydney

Top 11 things to do in Kiama with Kids

Best park in Sydney where you can see Kangaroos for FREE

A Three Day Trip from Sydney to Katoomba Blue Mountains: The Hot Spots you don’t want to miss